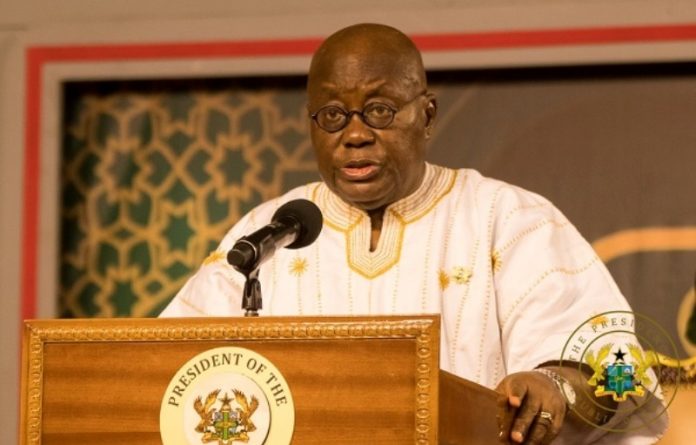 The Avenor Traditional Council has commended President Nana Addo Dankwa Akufo-Addo for the impressive work he has done in the traditional area.

They indicated the President and the New Patriotic Party (NPP) have been truthful in all their promises to the good people of Avenor.

“It gives me great pleasure to announce that the Akatsi South District has been elevated to Municipal status and we say a big thank you to the President and the NPP government,” the statement said.

Togbe Dorglo also disclosed that soon there would be the need to construct a Municipal Complex that will house various government agencies and departments, saying, “I am proud to say that the Avenor Traditional Council will have an office in that building, if possible a conference room.”

He explained, Akatsi is at a central point and it is therefore prudent and appropriate for the Avenor Traditional Council to own a location of its own.

Togbe Dorglo in a separate development urged all Chiefs and Queenmother’s to ensure a peaceful election this year.

He cautioned traditional leaders from the area to desist from acts of partisan politics but however stated that the Avenor Traditional Council was determined to work with all parties for the development of Avenor and the nation at large.

“It is our firm belief that it is better to cultivate friendships than make enemies, therefore the Avenor Traditional Council would not adopt an antagonistic stance towards any political party and would not relent in exposing persons who may be within their ranks involved in activities calculated to undermine the unity of the state of Avenor,” he said.

Mr Bernard Ahiafor, the incumbent NDC Member of Parliament for Akatsi South urged the chiefs to continue supporting him for the growth of the Constituency.

He presented a cash amount of GH¢2,500 and an undisclosed quantity of water and soft drinks to the Council.

Mr Leo Nelson Adzidogah, the District Chief Executive (DCE) for Akatsi South, assured the Council of many more promises to be fulfilled by the NPP government and the need to “give another four more years to do more for them,” he said.

Mr Adzidogah further disclosed that soon there would be a sod-cutting ceremony for the construction of a Municipal Complex.

He also presented a cash amount of GH¢1000.00 and assorted drinks to members of the Traditional area.

Several issues concerning the growth of the area were discussed during the engagement, which saw all Chiefs from the Traditional area participating.