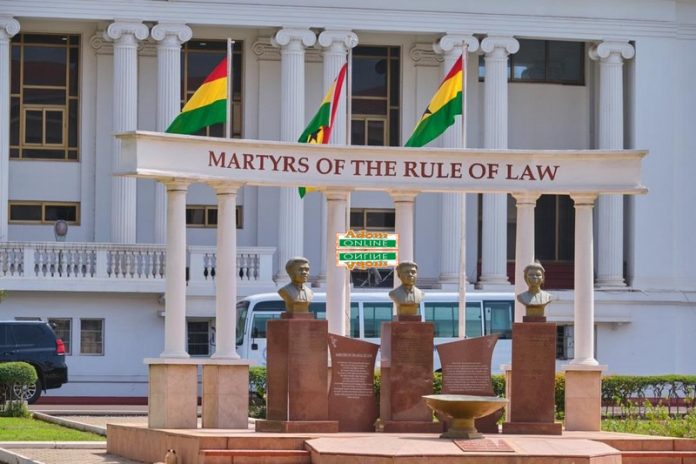 The Supreme Court has ruled that the Auditor-General lacked the legal authority to surcharge Zoomlion Ghana Limited, a waste management company.

The case was presided over by Justice Jones Dotse.

The Auditor-General issued a surcharge and disallowance against Zoomlion in 2018 for over ¢184 million for a fumigation exercise contract it carried out for the Health Ministry.

But this exercise was paid for by the National Health Insurance Authority.

An audit carried out by the Auditor-General on the accounts of the NHIA revealed that Zoomlion had between the year 2007 and 2018 allegedly been paid a total amount of ¢184,901,650.00 devoid of due process.

The Auditor-General Daniel Domelevo contended that Zoomlion continued to receive payment for the fumigation exercise from the NHIA even when the contract between the latter and the Ministry of Health was a four-year contract which started from August 2009.

Zoomlion appealed the decision of the Auditor-General at the Accra High Court on December 5, 2018 and urged the court to set it aside the surcharge.

Justice Georgina Mensah-Datsa dismissed this appeal in January this year.

Zoomlion went ahead and appealed at the Appeals Court who referred it to the Supreme Court for constitutional interpretation who this morning have ruled that Auditor General could not have surcharged zoomlion in this specific matter.

The detailed judgment containing the reasoning behind this decision, the court says will be published soon.