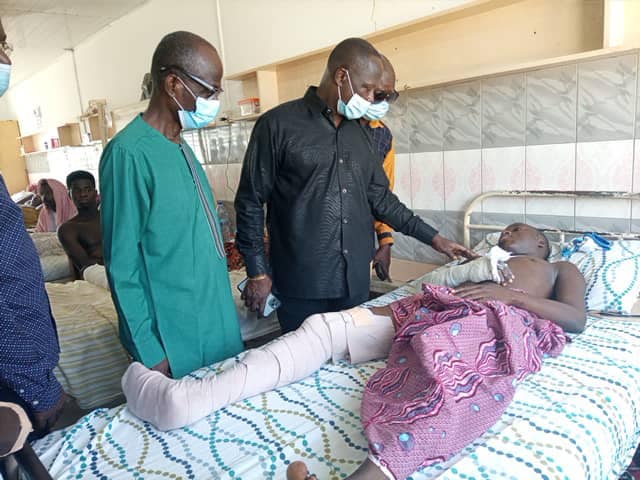 The General Secretary of the National Democratic Congress (NDC), Johnson Asiedu Nketia, has paid a visit to victims of the Ellembelle accident.

General Mosquito, as he is popularly known, joined the Member of Parliament (MP) for the area, Emmanuel Kofi Armah Buah for the visit.

Mr Nketia, during the visit, promised the victims of the party’s support throughout their recovery.

The victims, who are currently at the Eikwe Catholic Hospital, were part of supporters a vehicle run into while embarking on a campaign walk on Sunday, November 22, 2020.

One person lost his life with 12 of the injured in critical condition while 11 others are responding to treatment.

According to witnesses, the incident occurred around 5:00 pm when the driver of the car, popularly known as Nzema Jet, lost control of his vehicle and drove into the supporters who were embarking on a peace walk as the general election approaches.

GWCL announces interruption in water supply in these areas…