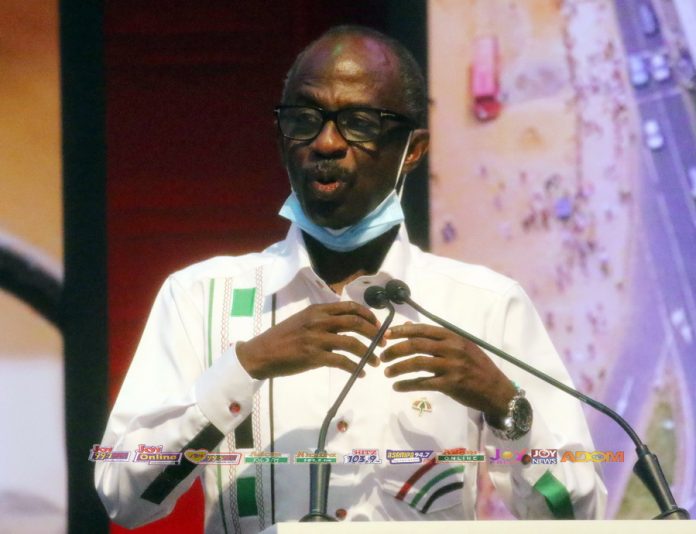 The General Secretary of the opposition National Democratic Congress (NDC), Johnson Asiedu Nketia, has queried the Electoral Commission (EC) on its decision to announce the winner of the presidential race at 5:pm today.

According to him, his party’s intelligence indicates that the NDC has won majority of seats in parliament per results collated so far in their camp.

They should ensure no recounting will happen at the collation centres… It must be indicated that the returning officer doesn’t generate results, they are declared at the polling station.

We can project that Mahama is heading towards victory because there is a very strong correlation between presidential and parliamentary results and that was the claim of the NPP when we were in court [in 2012], he said in a press conference on December 8, 2020.

Addressing another issue, General Mosquito said he could not fathom why the EC had not collated votes at various regional collation centres and sent out a word of caution against the fact that presidential results will be declared by 5:pm Tuesday.

Why is it that collation hasn’t started at regional centres and EC still insists they will be declaring final results two hours from now. Transparency requires that as the results trickle in they are made available to the public so everyone can follow the results, he said.

We will not sit down for the EC to announce a bulk figure without basis for cross-checking.

Our officers from the national collation centre indicate that the results have just started trickling in one hour ago, the NDC member added.

Mr Nketia said he was certain former President John Dramani Mahama had taken the lead in the ongoing polls.

I believe the NDC is in a very comfortable situation and whatever they do it’s evident NDC controls Parliament now. That’s why they are putting pressure on the Commission to find ways against the results declared for our parliamentary candidates.

That’s why I want them to be vigilant. I am sure that by tomorrow morning Mahama will be called the winner, he climaxed his speech.

I can be impartial; not neutral