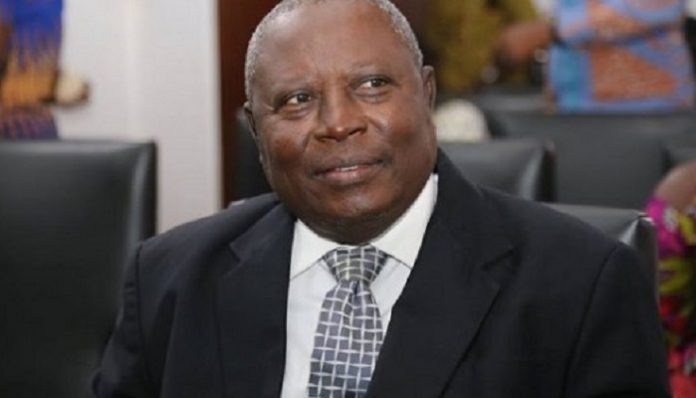 It has been revealed that Mr Martin Amidu whilst he was serving as the Special Prosecutor rejected all allowances that were paid to him for attending board meetings.

He reportedly returned all those board sitting allowances paid to him to chest.

In returning the money, Mr Amidu argued that the time he spent attending the board meetings were same as his working hours so he did not understand why he should be paid allowances for that.

The allowances were same as what was paid to every board member who attended the said meetings.

He reportedly on Monday November 17, 2020 asked his accountant to pay all those monies, amounting to GH¢12,696 back to chest.

The total amount was from six different meetings between December 2018 and May 2020.

For four other board sitting allowances, he was paid GH¢1440 each.

The Presidency on Tuesday announced that President Nana Addo Dankwa Akufo-Addo has accepted Mr Martin Amidu’s resignation as Special Prosecutor and has thanked him for his services to the state.

“This is to acknowledge receipt of your letter, dated 16th November 2020…, addressed to the President of the Republic conveying to him your decision to resign from office as Special Prosecutor, which he has accepted.”

“The President has taken due note of the other matters raised in your letter, and the Government will issue a statement responding to them in due course.

“The President has directed me to ensure that all emoluments and benefits due you under law are paid to you accordingly,” the Chief of Staff’s letter stated.

Below is a copy of letter by the Chief of Staff, Mrs Akosua Frema Osei-Opare announcing the President’s acceptance of Martin Amidu’s resignation.

Below is a statement by the Director of Communications at the Presidency, Mr Eugene Arhin announcing the President’s acceptance of Martin Amidu’s resignation

Fishermen find safe with thousands of dollars stolen 22 years ago

COVID-19: I should have gotten the damn vaccine – Dad sends heartbreaking text before dying