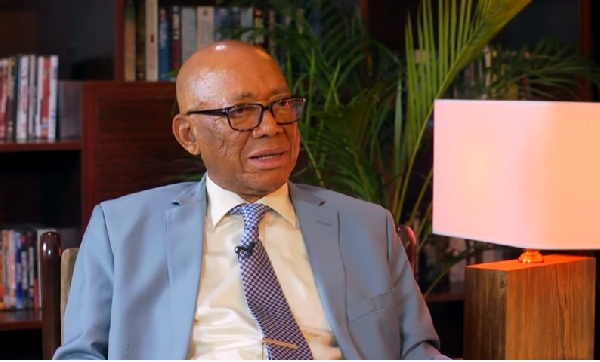 A former Commissioner for the Commission on Human Rights and Administrative Justice (CHRAJ), Justice Emile Short has said he is currently enjoying his retirement and will turn down any offer by President Nana Addo Dankwa Akufo-Addo to occupy the position of Special Prosecutor.

The position of Ghana’s Special Prosecutor has become vacant following the resignation of Mr Martin Amidu from that position.

Some Ghanaians are already wondering who the President will choose to occupy that high office.

In a radio interview on Accra based Class FM on Wednesday [November 18, 2020], Mr Short said he is not interested in the position.

He stated: “Nobody knows the outcome of the elections so my guess is that the president will appoint someone to replace him [Martin Amidu] before the 7th of December.”

On whether he would accept to become Special Prosecutor if offered the role, the former CHRAJ Commissioner said: “I would thank the President for the offer but point out to him that I’ve retired, I’ve passed the retirement age to serve in public office and I’m presently enjoying my retirement and I have no intention of going back to public service.”

Touching on allegations from the Office of the President that the buildings allocated to the OSP were all rejected by Mr Amidu and the last one was on the basis that the building had not been commissioned and also the keys had been sent to him in an envelope, Mr Short noted that those accusations have raised questions which the former SP must answer to.

“I find that the office of the President’s letter has raised questions that Mr Amidu ought to answer as to his conduct in refusing to accept the accommodation allocated to him,” he said.

Mr Short also implored the former SP to react to the accusation concerning his seconded staff.

“Now the use of seconded staff is not unusual in the public service. When CHRAJ was established, we also use seconded staff for our investigations. We used former Police Officers and other public officers, who were seconded to our office and once employees are seconded to your office, you have total control over them.

“Now if he claims that some of these employees were compromised, he doesn’t explain how they were compromised, he said that, therefore, the investigations were not being done the way he wanted them to be done. So I think there are a lot of questions which Amidu has to answer in light of the response issued by the office of the President,” Mr Short added.

Mr Amidu resigned citing presidential interference in the discharge of his duties in relations to the Agyapa deal as the reason for his action.

No covid vaccination card, no entry