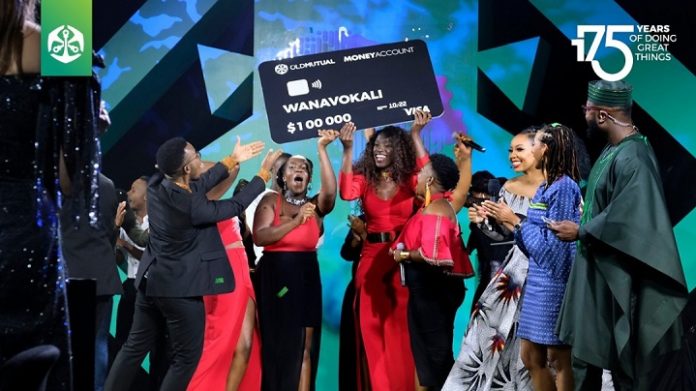 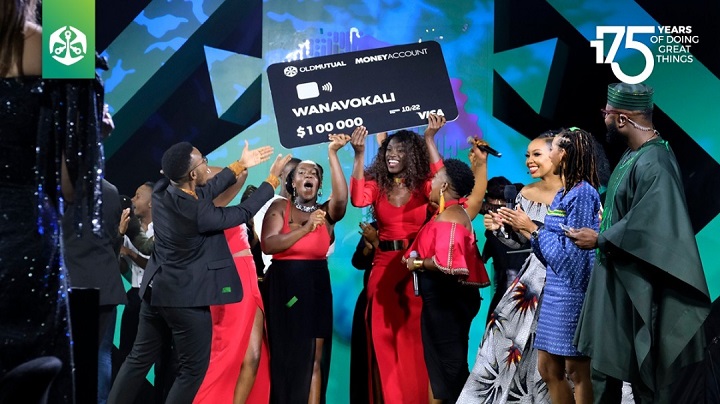 Opportunity is knocking again on the doors of acapella groups in Ghana as Season 2 of Old Mutal’s Amazing Voices calls for entries.

Amazing Voices is a pan-African music reality show in which 12 unsigned groups from three genres; Gospel, Pop and R&B, compete for a grand prize of $100,00 and other opportunities.

The competition is open to groups of four, six and eight from Ghana, Nigeria, Kenya, Zimbabwe and South Africa. Kenyan group Wanavokali, won the maiden edition (which had some Ghanaian groups participating) last year.

Submission of online entries for Season 2 opened on October 28 and will end this month, the reason why the organisers are encouraging as many acapella groups as possible to take part.

Interested groups must submit a two-minute audition video on http://www.oldmutual.co.za/amazing-voices. The entries will be reviewed by a team of experienced and in-country talent selectors.

The groups selected to go to the next round will be invited to attend closed auditions in the capital cities of the participating countries between November and December.

Two groups will then be given the opportunity to represent their country at the elimination phase held in South Africa. Leading to the exciting finale, the elimination process will result in just three groups fighting it out in the ultimate “sing off”.
Head of Marketing and Operations, Old Mutal Ghana, Rita Boateng shared why her outfit decided to push Amazing Voices.

“We love the fact that this sponsorship discovers and develops young people with great talent.

“Old Mutual has been championing mutually positive futures for 175 years and we are grateful that we can enable them to achieve and share their exceptional best. It’s a great privilege, there is no greater time than now to focus on what really matters, your passion,” she said.

The maiden edition of Amazing Voices aired on DStv, and Managing Director of Multichoice Ghana, Cecil Sunkwa Mills, also shared his thoughts on the second season.

“After a successful first season of Old Mutual Amazing Voices on Africa Magic in South Africa, we are delighted to bring to our viewers another relevant, aspirational and entertaining season of the show.

“This exciting Pan-African singing competition not only builds ties across the continent but also gives our talented musical groups an opportunity to showcase their skills to a wide audience, receive mentorship from some of the best artists on the continent and of course stand a chance to win USD$100 000,” he said.

All the talent, drama and suspense will be captured in a television series that will be aired across various DStv channels from March 2021.

Gyan raises over GH₵340k for charity projects at book launch