Akufo-Addo is best for Ghana 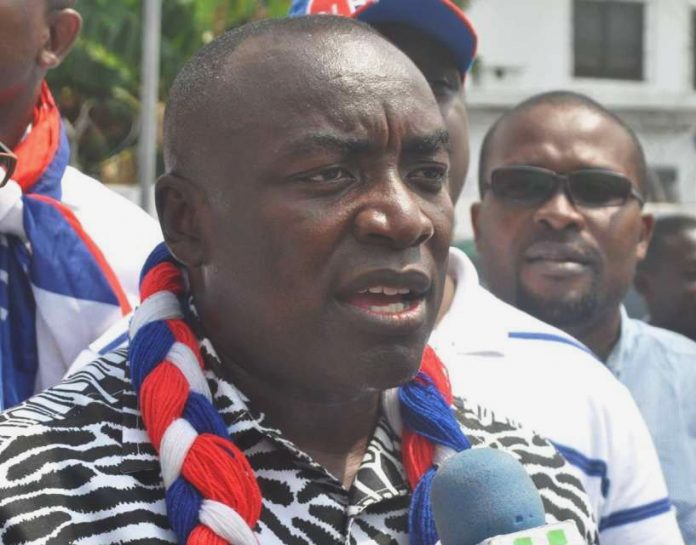 A former General Secretary of the New Patriotic Party (NPP), Mr Kwabena Agyei Agyepong, has stated that President Nana Addo Dankwa Akufo-Addo is the best person who can secure the security and progress of the country.

He said the President had in the last four years demonstrated to Ghanaians and the world his excellent leadership skills and spectacular empathy, and embarked on socio-economic policies and social intervention programmes that had inured to the benefit of many people.

Mr Agyepong, who is a member of President Akufo-Addo’s entourage campaigning for the 2020 polls, was addressing party supporters at the Nkawkaw Methodist Park in on the first day of the two-day campaign tour of the Eastern Region.

Sporting his usual white long sleeves shirt and a pair of stone-washed jeans trousers, Mr Agyapong called on the electorate to renew the mandate of President Akufo-Addo by a larger margin.

He, therefore, pleaded with President Akufo-Addo to develop the park into an AstroTurf during his second term to symbolise that.

Mr Agyepong said he had travelled the length and breadth of the country with the President in the last two months and described as marvelous the quantum and quality of work the President Akufo-Addo administration had done within the four years.

He said Ghanaians had been touched by the fair distribution of the infrastructure and policies which had made them yearn for a President who had compassion and cared about the future of children irrespective of the social and economic standing of their parents.

A Minister of State at the Ministry for the Interior, Mr Bryan Acheampong, assured Ghanaians that the state security apparatus had put in place adequate measures to ensure that all Ghanaians cast their ballots in serenity, safe and free from intimidation.

“The economists say they have the men to boost the economy, those of us in the security sector will also tell you that we also have the men to protect you and the ballot.

“Do not be afraid or intimidated. The men in the security agencies who have secured the peace and security of the country till now will protect the country and its people on the day of the elections and after that,” he stated.

Mr Acheampong said before he assumed office, the percentage of roads in the Eastern Region that were tarred was 30, but President Akufo-Addo had within four years moved it to 50 per cent plus other developmental projects.

Doctor and nurse suspended for having sex, moaning and disturbing patients who’re in pain