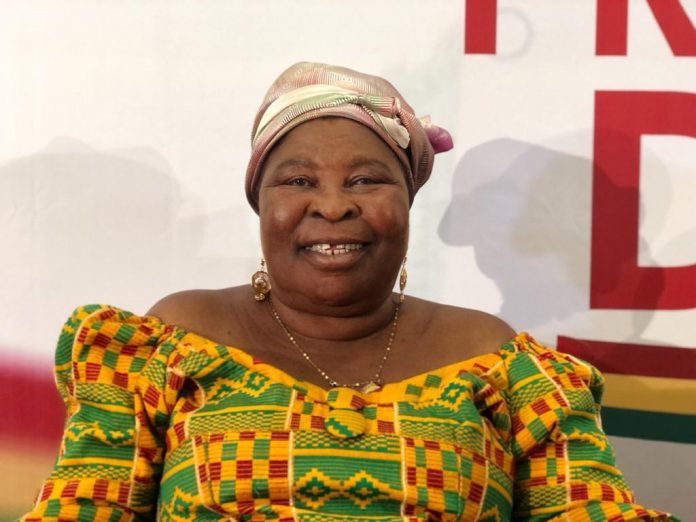 The Founder and Leader of the Ghana Freedom Party (GFP), Akua Donkor, has pledged her commitment to pay trainee nurses’ allowance if voted into power.

Madam Donkor said though she did not get any formal education, that will not deter her from supporting others in achieving their dreams.

“Their ability to learn and complete the science course alone is heartwarming and we need to motivate them to do more in their chosen career path so I will pay the allowance,” she announced at the first Presidential Debate in Akan organised by Adom TV, Adom 106.3 FM, Nyhira 104.5 FM, Asempa 94.7 FM and Adomonline among others.

She also indicated trainees will be sent overseers to continue their education where necessary.

The GFP founder assured the trainee teachers allowances will also be no exception, adding that they will be given free cars and fuel.

The allowances of both teacher and nursing trainees were withdrawn by the erstwhile Nationa Democratic Congress administration after it complained it limited the intake into the training institutions.

It was further argued that it was unfair for nursing and teacher trainees to receive allowances when other tertiary students didn’t enjoy the same.

Its cancellation in 2014 reportedly caused undue hardship for thousands of trainee nurses nationwide, leading to President Nana Akufo-Addo taking up the issue in 2016 with a pledge to restore it if given the nod at the polls to lead the country.

True to his words, the allowance has been restored and each trainee is expected to receive GH¢400 a month – rather than the GH¢350, the students were being paid before it was scrapped in 2014.