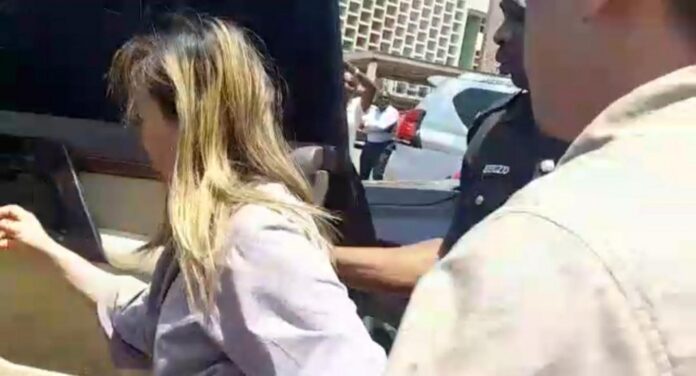 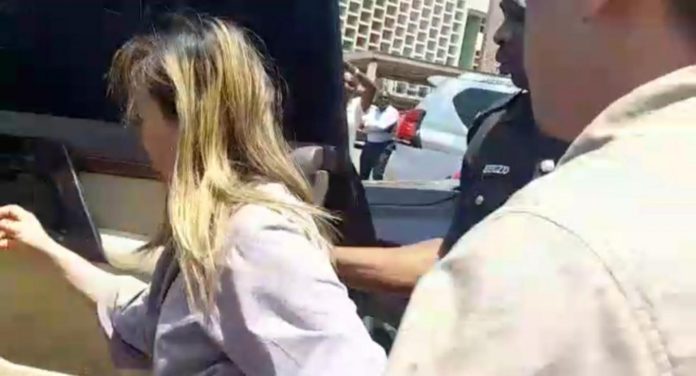 The office of the Attorney has dragged a Chinese national believed to be the son of alleged illegal mining kingpin, En Huang, popularly known as Aisha Huang, to court for remaining in Ghana following the expiration of his permit.

The young man, identified as Huang Lei, was arrested in Kumasi by personnel of the Security Council Secretariat, the Ghana Immigration Service and other security agencies that had a tip-off that some Chinese nationals were living in the area despite the expiration of their permit.

He was arrested on September 2, 2022, and the arresting officers were able to retrieve among other things, eight packs of Eley shot gun cartridges, containing about two 250 pieces of ammunition. He was not able to provide a valid licence for them.

Charged alongside Huang Lei is Huang Hiahua, another Chinese national who is facing one count of possessing a forged Chinese passport with a resident permit.

The charge sheet filed before the registry of the Criminal Division of the Accra High Court prefers one count of continuing to remain in Ghana after the expiration of permit contrary to Section 20(1) and 52(1)(D) of the Immigration Act, 2000 (Act 573) against Huang Lei and another count of possessing an ammunition.

Court documents indicate that sometime in August 2022, the Ghana Security Council Secretariat, Ghana Immigration Service as well as other security agencies received intelligence that the two, together with other foreign nationals had remained in the country without permits and were suspected to be engaged in illegal mining activities.

It said on September 2, 2022, a team of security officers visited the residence of the accused persons at Ahodwo, Kumasi, where they were arrested.

“Also found and arrested at the same residence were one Jian Li Hau, who is said to be the girlfriend of the first accused person, Huang Lei, and one Ruixia Huang also known as En Huang or Aisha Huang, who is believed to be the mother of the first accused person, Huang Lei. Ruixia Huang, was in December 2018, repatriated from Ghana on the directive of the Comptroller-General of the Ghana Immigration Service, which directive is still in force,” the documents say.

Court documents further indicate that the arresting team retrieved Huang Lei’s, Chinese passport with a permit issued by the Director of Immigration, which authorised him to remain in Ghana until January 5, 2022.

The accused person upon his arrest and interrogation is said to have admitted he did not have a valid permit to remain in Ghana.

“A search conducted in the room of the first accused person (Huang Lei) revealed among other things, eight (8) packs of Eley shot gun cartridges, containing about two hundred and fifty (250) pieces of ammunition. He was not able to provide a valid licence for them,” the documents disclosed.

The documents add that, Huang Hiahua, on the other hand had in his possession a Chinese passport bearing his name and affixed to the said passport is what appears to be a Republic of Ghana Residence Permit purportedly issued by the Director of Immigration for a one-year period with effect from May 26, 2022.

“However, investigations disclosed that the supposed permit was not issued by or with the consent or authority of the Ghana Immigration Service.”

Meanwhile, the Office of the Attorney General has withdrawn the trial of Aisha Huang and three other Chinese nationals at the Circuit Court.

The decision to discharge Aisha Huang, DAILY GUIDE understands, is informed by the fact that she is currently standing trial for the same offence before an Accra High Court, and continuing the trial at the Circuit Court would mean she was being tried for the same offence in two different courts.

The decision to move the case of two of her accomplices, one of whom is her son, to the High Court is due to jurisdictional challenges as the suspects were arrested in the Ashanti Region and the Circuit Court in Accra does not have the proper jurisdiction to hear the matter.

DAILY GUIDE also understands that investigations are still ongoing in relation to fresh allegations of illegal mining made against Aisha Huang, and she could be charged differently if there is enough evidence to prosecute her at the end of the investigations.

Huaid Hai Hun was completely discharged because her offence related to immigration issues and investigations established that she had a valid passport and resident permit, which only expired after she was arrested and kept in custody, hence her inability to renew the said passport.