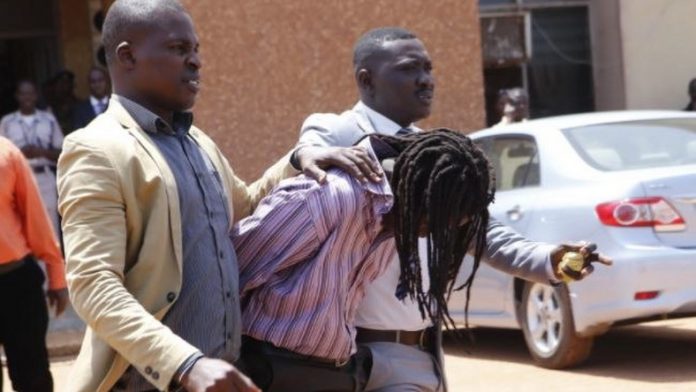 Mr. Asigri Quinn, the third Prosecution Witness in the case involving murder trial of Gregory Afoko, said he could not tell whether the late Adams Mahama mentioned the names of those who poured acid on him to his wife.

“I came out of my house to meet the deceased crying and wailing together with the wife in the compound of their house,” he added.

Answering a question from Afoko’s counsel, Mr Andrews Vortia, the witness, said even though he did not speak and understand Arabic, he heard the deceased reciting verses in the Quran and mentioning the names of Afoko and Alandgi Asanke, as those who poured acid him.

The council disagreed with the witness saying in Quran recitals, Moslems only praised Allah with names like Omnipotent, All-knowing, Omnipresent, among others and never mentioned other inferior names in their recitals.

The witness, however, said he was only quoting what he heard the deceased say in the car on the way to the hospital but could not confirm if the deceased mentioned the accused persons’ names to his wife.

Mr Quinn, who is a driver at Social Security and National Insurance Trust (SSNIT), said the deceased did not mention the names of those, who poured the acid on him when he got to his house but rather it was when they entered the car on the way to the hospital that he did.

The witness said at that “critical moment,” he, Thomas and one other did not know who poured the acid on the deceased in the house but he was crying and wailing moving up and down.

He told the Court that people present at the emergency ward included a doctor, nurses, and one Zuraila.

The witness said the deceased was very active at the time and could mention names.
Afoko is standing trial for the murder of Adams Mahama, a former Upper East Regional Chairman of the New Patriotic Party.

The case was adjourned to Dec. 16 for continuation.

Afoko, a farmer and his accomplice are being held on the charges of conspiracy to commit crime to wit murder and murder.

They have pleaded not guilty before the Court, which is composed of a seven-member jury.

Earlier, prosecution had told the Court that Mr Adams was a contractor, who lived at the Bolgatanga SSNIT Flats in the Upper East Region and was also the NPP Regional Chairman.

The Prosecution said on May 20, 2015, Mr Adams left his house to his construction site in his pick-up truck with registration number NR 761-14.

The Chief State Attorney said he returned to the house in the night and at the entrance of his house, two men signaled him to roll down the window of his car.

The prosecution said he obliged and the two men poured acid on him and fled on a motorbike.

The prosecution said Mr Mahama shouted for help and his wife, Hajia Zenabu Adams went to his aid.

According to the prosecution, Mrs. Adams also sustained burns on her chest and breast in her bid to assist the victim.

The prosecution said Adams told his wife that it was Gregory and Asanke, who poured the acid on him.

The Prosecution said the deceased also mentioned the two accused, in the presence of neighbours, as the people who poured the acid on him.

According to the prosecution, the deceased was rushed to the Intensive Care Unit of the Bolgatanga Hospital where he passed on.

A postmortem conducted on the deceased by a Pathologist indicated that Mr Adams died of extensive acid burns.

I have nothing against secular artistes – OB Nartey