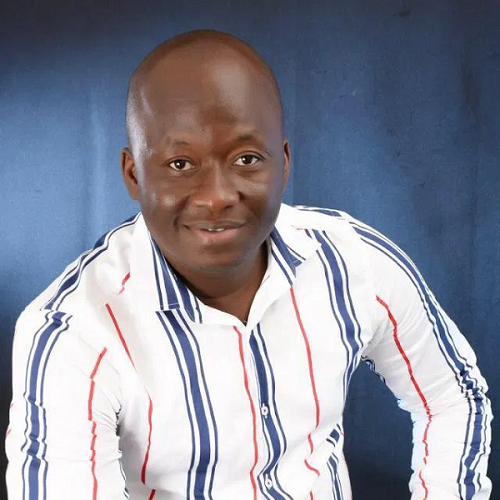 Thirty-six-year-old geo-scientist, Mr Frederick Obeng Adom, made history for the New Patriotic Party (NPP) on December 7, 2020, when he snatched the Upper West Akyem seat from the National Democratic Congress (NDC).

Since the return to democratic rule in 1993, the seat has been the preserve of the NDC.

But on December 7, 2020, Mr Adom polled 21,863 votes to snatch the seat from the NDC candidate, Mr Darko Derek Ohene Assifo Bekoe, who garnered 20,196 votes with rejected ballots standing in third place with 637.

Following this feat, Mr Adom says the seat would remain an NPP seat and never go back to the NDC.

In an interview with the Daily Graphic (DG), Mr Adom said victory came as a result of hard work over the years.

“For the past three years, we have been working hard. Before I won my primaries and then after the primaries, we worked extremely hard together with the youth, the party executives and everyone to make sure that this happened,” he stated.

(DG): When you say you worked very hard, can you break it down to us in terms of what you did?

Adom: We were in touch with the people on the ground. Those are the main people, the kingmakers of the constituency. Once you got in touch with the people, there were so many activities that went on – the youth gala, vocational training programmes, which I got the beneficiaries some machines, some scholarship schemes, building bridges and some infrastructure for the people. These are what made them to accept me as their leader.”

DG: Great. So how do you feel?

Adom: Well I feel very honoured and humbled to be elected as their Member of Parliament and I know the kind of mandate they have given me. I will not let them down. I will make sure I work very, very hard to give each and everyone what they want to make the constituency a better place.

DG: What are the basic things that you are looking at to make the constituency a better place?

Adom: Last year, we came to meet bad roads in the constituency and I lobbied to reshape most of them; about 80 to 95 per cent all under my watch. I made sure all these were done. And some other activities. Aside from the roads that have been reshaped, there are some roads that have been awarded to be tarred also.

DG: So if you have done all these, is there anything more to be done for the constituents?

Upper West Akyem Constituency is a farming area.  The inhabitants are basically  farmers. We have to make sure that farming is made very attractive to them. I provided them with some farm inputs such as machetes, wellington boots, spraying machines last year.  When it comes to education, we have to encourage the youth to take education seriously. We have to provide vocational training to the youth and many other more training programmes to empower the youth and the constituency.

DG: Don’t you think your winning is going to be a nine-day wonder, considering the history of the constituency you may not be there after 2024?

Adom: Well I keep saying this, the people had trust in me, they believed in me and that is why they gave me this mandate. I don’t think I am going to let the people down and I assure the people of Upper West Akyem Constituency that I will never let them down.

Based on the hard work that I did before they elected me, I will perform much better before 2024 and even beyond. Upper West Akyem Constituency will remain an NPP seat and will never go back to the NDC. We are going to work assiduously to make sure that everyone in the constituency has their share of development projects and programmes and they will know that indeed the NPP, Adom and the Nana Addo Dankwa Akufo-Addo administration have helped the constituency. By the hard work they will vote us back into office come 2024.

DG: Is it possible that you will be confronted with the usual challenge of ‘I am there’ and forget about the people”

Adom: I am not honestly the kind of person who really thinks about what they have or what they have done. My focus is hard work. I have a team that supports me, both the constituency executives and other people. For instance, there are families who keep me on my toes and make sure that I work. It is by these that we earned this victory.  So by the same trend, we shall also go and work hard for the rest of the years.

DG: Any message for your constituents?

Adom: The final message I will give to my constituents is to thank them for the honour done me. I will also honour them by giving them the kind of leadership that they want so that we can make the constituency a better place.

“I will entreat each and every one, both the NPP and NDC, particularly those of us from the NPP, that as they jubilate, they should also be careful so they don’t get others angry especially the NDC, who also helped. Mind you, the seat has been an NDC seat and if we are to win the seat again and again, we need the NDC members on our side. We actually won it because we got some of the NDC people to join us in voting for us. We should treat them well so that going forward, they will all be part of us to make Upper West Akyem the wonderful place we want it to be.

DG: You were mentioning people who actually helped you, who are those?”

Adom: The Almighty God and I believe this is a timely intervention of God. It is His handiwork that has helped me to become the MP-elect for the Upper West Akyem Constituency. My parents, my family, my friends, the party executives, the District Chief Executive, who did extremely well, polling station executives, the chief, Nana Asare Oduro of Adeiso, and Nana Otuo Acheampong, the National Vice Chairman of the Executive Forum (YeF), an advocacy and lobby group within the NPP, which galvanises the professional, intellectual and business communities to support the party as well as mobilise a new generation of party faithful and leaders.

Mr Adom was full of praise for Mr Acheampong who relocated to the constituency three months to the elections to support the electioneering.

He explained that YeF assigned Mr Acheampong to the Upper West Akyem Constituency as one of 10 constituencies the NPP lost with about 10 per cent margin in the 2016 elections to support the party win the seat.

He was full of praise for Mr Acheampong for his tactical discipline and the experience he brought to bear on the party’s campaign and subsequent success.

DG: What assurance do you give the people who supported you that they had not worked in vain?

Adom: I will assure all those who have helped me that I will work hard for them to always be proud of me.

DG: How long have you been in the party?

Adom: I have been following the party since 1992 when I was a kid. I have always been an NPP fanatic.

DG: And since when did you get yourself seriously involved in the party’s political activities?

Adom: Since 2008, I have been very active in the party’s activities in the Upper West Akyem Constituency.

DG: What roles have you played since then in the party?

Adom: The roles I have mostly played is being a polling agent, that is one major thing I have always done. I am also a member of the Council of Patrons in the constituency. 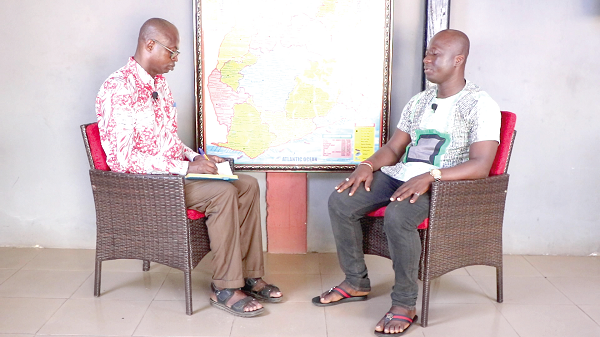