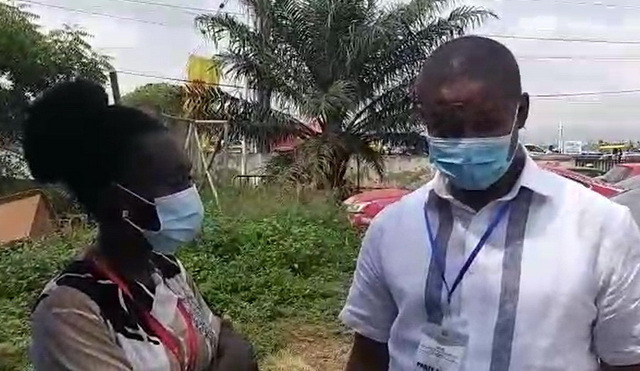 The National Democratic Congress (NDC) parliamentary candidate for the Adentan constituency in Accra, Mohammed Adamu Ramadan is optimistic he will win back the seat for his party in the upcoming general elections.

He said his conviction was not based on the fact that the constituency has changed its MP at every general election, but more because he has worked hard in his campaign to win the confidence of the electorates within the constituency.

Speaking to Graphic Online at the special voting exercise on December 1, Mr Ramadan said he was impressed with the turnout in the constituency and was confident he would win if the results were to be declared.

“Unfortunately, the counting won’t be done now, but if it was to be done today, you would realise we are on our way to recapturing the Adentan seat and we are confident that will be the case after December 7”, he said.

Working as a party agent at the special voting exercise, Mr Ramadan expressed satisfaction about the process, describing it as ‘orderly, efficient and effectively managed.’

He was also impressed with the turnout at the exercise.
“The turnout has been impressive. We started at exactly 7am and already, we have over 300 people voting from the 617 people who are on the register to vote in this special voting exercise. If the trend continues, I believe the turnout will be high,” Mr Ramadan said.

While he expressed hoped that this will continue into the main election on December 7, he said politicians would have to work hard to win back the confidence of the electorates as people were losing interest in this important civic duty.

“On the campaign, one of the issues that came up is that some people said they did not want to vote again because they do not see any difference and they are losing confidence in politicians.

“It is a sad commentary but we have spent time and explained to such people that it is their civic responsibility and that if they do not vote, someone will make that decision for them and that may not be what they want.

“So hopefully, this will encourage more people to come out and vote on December 7”, he said.

This is the second time Mr Ramadan will be coming up against the incumbent, the New Patriotic Party’s (NPP) Yaw Buaben Asamoah and the first time two candidates will be contesting again.