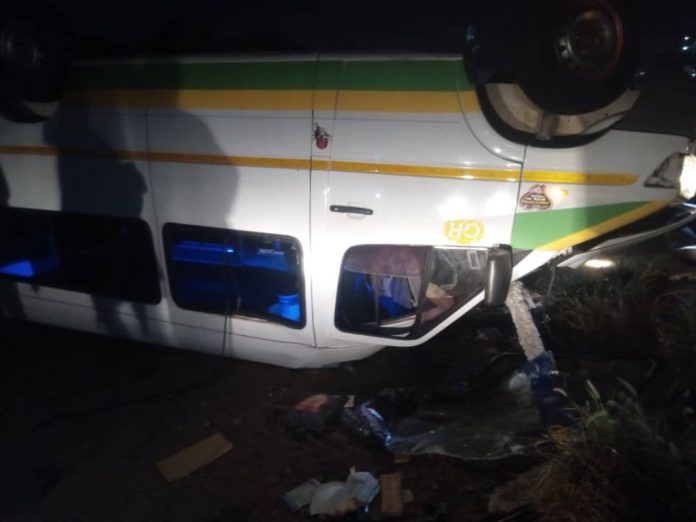 Several people have been injured in an accident on the North Airport road close to Villagio.

A Sprinter bus with registration number GT 5365 – 20 somersaulted and crashed into an okada rider who had parked along the road.

The accident occurred Wednesday, around 9:45 pm.

Eye witness reports indicate that the vehicle had loaded passengers from Lapaz and was heading for Ashaiman when the incident occurred.

According to some passengers, their driver, suspected to be drunk had been over speeding.

They stated that despite several complaints for him to slow down, he had turned a deaf ear and subsequently crashed.

The driver has since fled the scene, however, a team of policemen and the ambulance service arrived at the scene to commute affected persons to the nearest hospital.

Comedian beaten to stupor for demanding virgin blood for rituals