2020 elections: Mahama is yet to concede defeat – Akufo-Addo 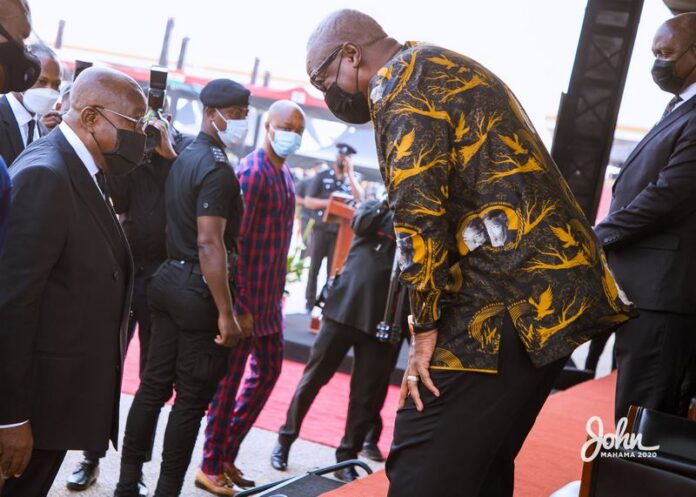 President Akufo-Addo has said recent criticisms of his government by former President John Mahama is an indication that the ex-president is finding it difficult to accept his defeat in the 2020 presidential election.

Speaking in an interview on a Ho-based radio station to wrap up his two-day tour of the Volta Region, President Akufo-Addo noted that Mr Mahama is still confused about his defeat and has lost control of his comments against the government.

President John Mahama, while addressing a gathering of chiefs and people at the 2022 edition of the Asogli Yam Festival in the Volta Region, said the government has lost the fight against corruption.

“This government, the NPP government has completely lost control of the fight against corruption. President Akufo-Addo in his inaugural address promised to protect the public purse.

“Today even that public purse cannot be found. The revelations in the Auditor-General’s report for 2021 is simply a microcosm of the real extent of the seeming institutionalisation of corruption under this administration,” Mr Mahama said.

But President Akufo-Addo stressed that Mr Mahama is still distressed by the margin with which he lost the 2016 and 2020 general elections.

He said contrary to the claims of Mr Mahama, his government is “confident in our ability to master the situation and bring our country back again.”

“Mr Mahama still has not been able to assimilate his defeat twice to the man who he had said could never come to power in Ghana and I think every night when he goes to bed, he is confused about the man who has not just come back but given him a good whipping on two separate occasions. We won the landslide in 2016 and again decisive margin in 2020. He has never gotten the figures that I have gotten in elections in Ghana, he knows,” President Akufo-Addo said.

According to President Akufo-Addo, Mr Mahama and the NDC are aware of his government’s achievements, hence, should avoid their sheer criticisms.

“He knows that significant progress and achievements have been made and that it is necessary for him and his supporters to denigrate that exercise, to go out of their way and to poo-poo everything that we have done,” he added.